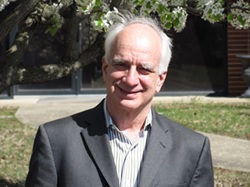 You know it when Goldman Sachs issues a really optimistic report. The Wall Street investment bank usually does this sort of thing when it’s betting the other way or profiting from investor naivete. But you also know if you visit China, look around, talk to business people, officials and ordinary folks.

Inflation. Chinese figures say prices have risen 4.3 percent this year, up from a 3.9 percent target. The real figure is probably 20 percent, up from 15 percent. Food may be up 60 percent. Wages in eastern China are up 15 percent or more in 2010. Commodity inflation is rampant.

Labor shortages. Much of eastern China is at full employment. Workers can and do switch jobs with impunity. They demand better working conditions. The Communist Party, fearing such opposition and open revolt, has stopped opposing worker demands.

Demographics. China’s one-child policy means fewer workers will have to support more and more retirees. Indeed, China’s 1.4 billion population will start decreasing dramatically soon if it is not already.

Pollution. Much Chinese success follows the country’s not having to spend for pollution abatement. The air is terrible; the World Health Organization estimates 600,000 Chinese deaths annually due to bad air. Water tables are depleted, especially in the north. Much industrial water is no longer even treatable. Continued reliance on coal and an explosion of cars will make the air problems worse across much of the country.

Housing bubble. A Beijing think tank estimates some 60 million vacant condominiums. Everyone you talk to has at least one speculative extra residence.

Commercial real estate, another bubble. Excess hotel and retail space abounds, yet cranes are everywhere. A new four-star hotel in a bustling city cost me $25 a night this fall. Outside the biggest business centers, this is typical.

Production over capacity. Every factory seems to be expanding. Many are empty. Oversupply is appearing in sector after sector.

Maintenance. New construction is staggering. But there is no evidence that enough people are being trained to maintain the infrastructure and buildings that are going up at a rapid rate.

Corruption. Rampant corruption is the biggest single threat to the Communist dynasty, which is how more and more Chinese view their rulers. It is impossible to quell since there are no external checks or balances, and one group has a political monopoly.

Lack of freedom. The Communist Party’s desire to monopolize power leads to information hoarding, fear of innovation, and intellectual dishonesty. This situation can’t last. The Internet and other communication technologies are inherently hard to control. As more and more average Chinese citizens climb out of poverty, they will demand more freedoms for themselves.

Overconfidence. A generation of Chinese officials and businessmen have known nothing but success. They know nothing of the business cycle. The Communists think their system is best and that they have learned to control economics.

The question is not if, but when one or more of these issues will cause huge problems in China. The United States needs to get its act together to be ready when the inevitable problems occur.